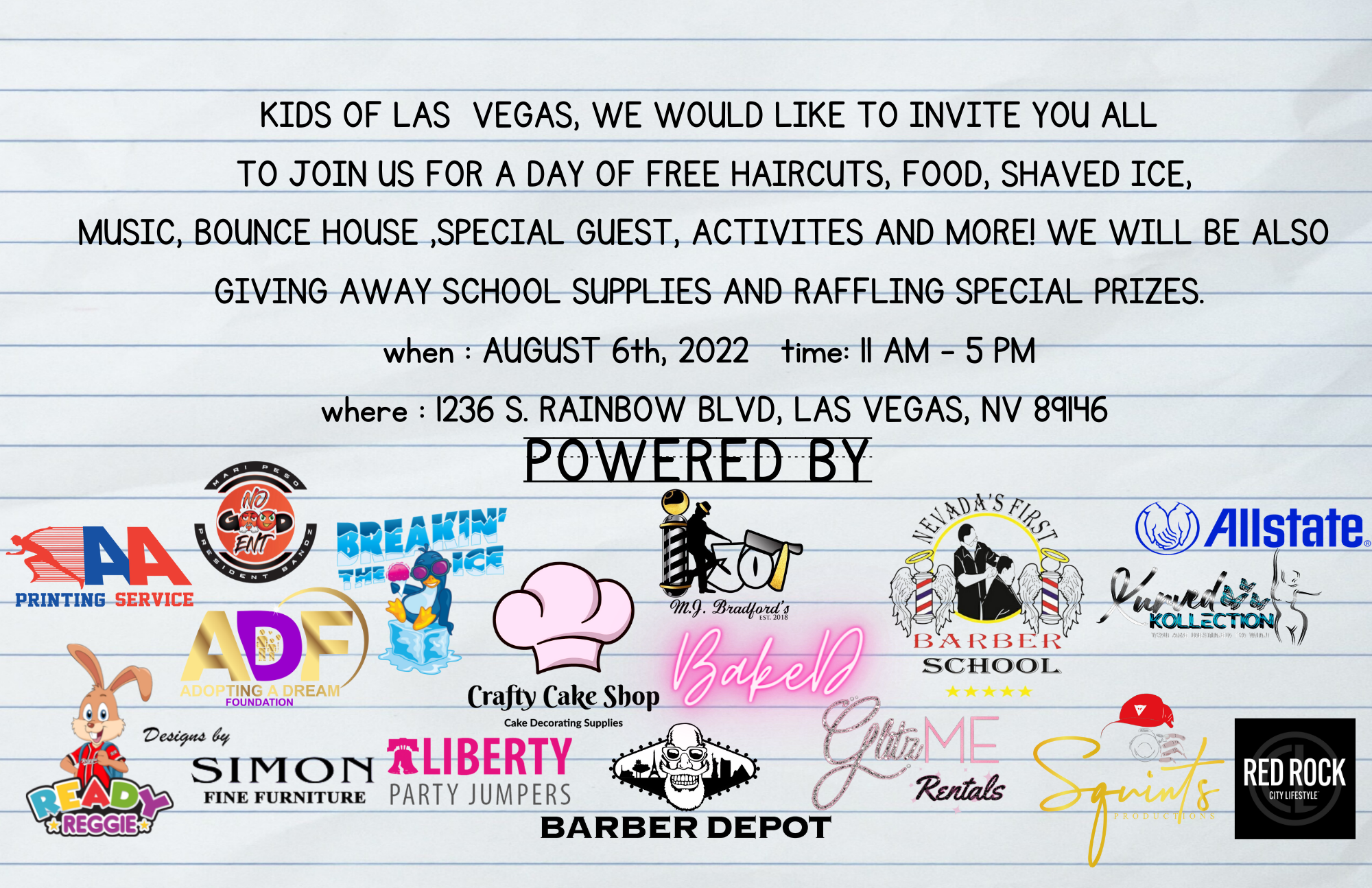 Matthew Bradford (MJ) was born and raised in Pontiac, Michigan. He grew up in a traditionally structured household, however beat at the sound of his own drum. After many trials and tribulations, MJ realized that it was time to change his course in life. Thus leading to his barbering career. After having a successful run of owning a shop in his hometown, MJ realized it was time to expand. But where to next? Well, after taking what was to be a quick trip to Las Vegas, mesmerized by the trees, the lights and the fast lifestyle, MJ went back to Michigan knowing Vegas would be his next home.

About 4 years ago MJ’s 3 day journey started, for what would be only the beginning. The next 9 months would be challenging for the then 37 year old, as he went through a rigorous barbering school program.  MJ however was attending school already extremely skilled and instead of walking into school as a “student”, MJ came in as a mentor. But he still had to go through the same process as the young men he was surrounded by. He was the man with the plan, he knew exactly what he wanted to accomplish and wasn’t going to stop until he was successful. And on each turn, he had no problem with taking his fellow classmates with him.

Before MJ even graduated from school he had already mapped out the blueprint of opening his own shop. Which for a barber fresh out of school was unheard of. And because of his advanced skill level, tons of shop owners had their hearts set on him grabbing a chair with them and even advised against his vision. They most definitely didn’t expect him to build a shop of this magnitude and be standing in the position he is in today.

MJ now proudly stands in the back of his shop, almost 3 years later, and looks out at his biggest accomplishment. 12 chairs, full, shop busy, and his phone ringing nonstop with appointment request. But will he stop here? Absolutely not! Everyone thought back home was his beginning, but that was really chapter one.

Chapter two begins now, with a man who has stood against all the odds, one that is constantly looking to advance and give back to the community. Literally one haircut at a time. With tons of barbers trying to squeeze their clients, MJ keeps his rates fair, but still makes sure he’s paid for his quality. Standing behind his chair for 10-12 hours consistently, determined to get in as many of his loyal clients as he can, as well as never turning away new ones. And then doing it all again the next day. His work ethic is unmatched, and he continues to use it to inspire those around him. He takes care of his family, friends and even the community to the best of his ability. This is why it is so important to him to give back to the children of the city!

As the new school year approaches, and with the cost of literally everything around us inflating, parents throughout the valley are going to struggle with sending their children to school with adequate supplies. MJ wants to bridge the gap between what parents can afford and what kids ultimately need to have a productive school year. MJ Bradford’s 307 Barbershop, will be hosting a Back-to-School Drive August 6th. And we are inviting everyone in the community, all across the Las Vegas Valley, and beyond to stop by and help these children feel comfortable going into the 2022-2023 school year. There will be food, giveaways, fun activities and most importantly free hair cuts for the kids!